A Brief History of the Department 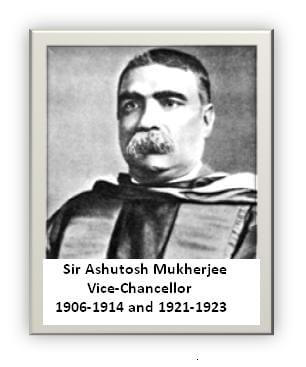 Prof. M. N. Goswami, Prof. H. N. Dasgupta and Prof. Sudhir Chandra Neogi were among the faculty of the early years of the Department. Eminent guest lecturers were also there. Some of them were Prof. Hira Lal Roy and Prof. Gopal Chandra Sen of National Council of Education, which is now known as Jadavpur University.
At the begining, the Department was offering a two-year M.Sc. course in Applied Chemistry and the first batch of students passed out in 1922. Later, to accommodate the Govt. of India's new technological education policy, a three-year M.Sc (Tech). course in Applied Chemistry was introduced in the department (along with the departments of Applied Physics and Radio-Physics) in 1951, and first batch of successful candidates came out in 1954. Later, in 1958, three-year duration of study having been kept unaltered, B.Tech. degree after two years of course work and University examination and M.Tech. degree on study in the subsequent l year and examination, both degrees in 'Chemical Engineering & Chemical Technology', were instituted. Needless to mention that this degree created many problems to our pass-outs in regard to employment as well as higher studies (due to its course duration) in many Universities, in India and abroad. There was strong studuents' movement starting 1967, in the department for having a change in the 'name' as well as 'course curriculum', of the degree to 'Chemical Engineering'. Meanwhile, a UGC visiting team came to the University in 1968 and the University had to change the duration of the B.Tech. course to three years. and M.Tech. course to two years thereafter. However, unfortunately the name of the degree was kept as 'Chemical Engineering & Chemical Technology'. The first batch of the new 3-year B.Tech. in Chemical Engineering and Chemical Technology passed out in the year 1972.

As the name of the degree was kept as 'Chemical Engineering & Chemical Technology', this further led to even stronger students' movement in the Department and the Campus. After a long struggle, in 1978, the University after considering different aspects of the issue, approved the 3-year B.Tech. in Chemical Engineering and 2-year M.Tech. in Chemical Engineering (later to 3- semester or sometimes 4-semester course) courses of studies, with effect from 1977 pass-outs.
Meanwhile, a 3-year B.Tech. course in Plastics & Rubber Technology (Now Polymer Science and Technology) was instituted in 1968 in the Dept. of Applied Chemistry, first batch coming out in 1971.
The Department of Applied Chemistry was subsequently re-organised in 1982 and trifurcated under University Council (presently known as University Syndicate) Resolution in the name of: (1) Chemical Engineering; (2) Plastics & Rubber Technology; and (3) Chemical Technology.

Courses in Chemical Engineering and the Degrees are recognized by the All India Council for Technical Education (AICTE) and approved by University Grants Commission (UGC) and accredited by NAAC. The students after receiving sound training in this department have proved to be equal to the stringent technical manpower requirement of Indian Chemical Industries. Most of them are placed of highly responsible positions including several top-most administrative posts and some of the alumni have distinguished themselves in professional achievements abroad.

Chronological Details on location of the Department and Administration Evolution of Curricula:-


Evolution of Curricula in Chemical Engineering

All Rights Reserved by CUChEAA